Belarus in Global Ratings 2014: Low on Freedom, Higher on Prospertity

When it comes to human... 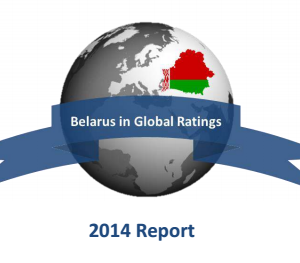 When it comes to human development and prosperity, however, Belarus outperforms Ukraine and Russia but lags behind its EU neighbours. 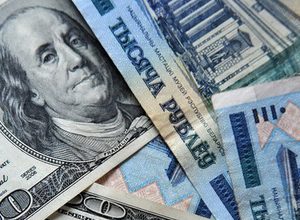 Belarus's GDP growth managed to strengthen in November. But despite this, many signals about an upcoming downturn have appeared. The Russian economic contagion began to spread to Belarus through trade and informational channels.

The government reacted by introducing a de-facto 30% devaluation that was accomplished in a rather ‘creative’ manner. But this decision seems to be more like a short-term relaxation than anything else, while further adjustments have become inevitable.

In November, the growth rate for Belarus's output increased and reached 1.7% (standing at 1.5% in four previous months). However, the marked improvement in the dynamics surrounding the GDP dynamics will not become a sustainable trend.

First of all, this acceleration in November was mainly due oil-refining and the production of potash fertilisers. Both these and other industries associated with natural resources have utilised roughly all their available capacities. So, further output spurts by these industries is highly unlikely.

Second, a majority of other industries demonstrated either stable or negative dynamics with regards to their output. Output in non-manufacturing industries – construction, agriculture, trade, transport and communications – did not exhibit any substantial change. In manufacturing, there are some positive movements peculiar mainly to smaller industries, whose contribution to GDP is negligible.

Large industries – those that manufacture food products, non-metallic mineral products, basic metals, electrical equipment, transport vehicles – saw their performance worsen in November. A slowdown in these industries deepened, and at the same time a majority of them faced a growing volume of finished products inventories.

These negative trends mirror poor domestic and external demand. Domestic consumer demand is weakening because of stagnating real wages (see Figure 1). A majority of firms have to freeze or to cut wages in order to enhance their competitiveness.

Domestic investment demand is developing in a rather chaotic manner. In previous months it seemed to revive on a backdrop of lowering interest rates and government’s stimulation. However, in November this trend was reversed and a slowdown in capital investments began to be visible. The latter seems to be associated with the deterioration in business’ expectations and confidence.

Furthermore, many firms suffer from the ablation of working capital, which restricts their possibilities and propensity to finance investments through their own funds. Finally, banks tightened their credit supply in the current uncertain environment with its corresponding growing risks.

The external environment is the largest headache for Belarusian producers. Only businesses associated with natural resources (oil products, potash fertilisers, etc.) can rely on a stable level of demand. Other firms that operate on competitive markets are in state of perplexity.

The majority of Belarusian exporters produce capital goods for the Russian market. For their part, Russian agents have radically cut their investment expenses, given the start of the recession and the poor prospects of the Russian economy. Thus, new orders for Belarusian goods have dropped substantially.

Furthermore, there are signals that problems with settlements on the supplies have already taken place. For instance, in November incoming export payments decreased significantly in comparison both to October 2014 and November 2013. Moreover, external overdue debtor indebtedness seems to have begun to rise. Hence, there is a danger of massive payment defaults, which may further hamper the solvency of Belarusian enterprises.

In December, new challenges became visible for Belarusian producers. First, the signs of recession in Russia became more and more evident. Hence, the challenges of contracting demand and progressing instances of non-payment might have proliferated. Second, the mix of political and economic considerations pushed the Russian authorities to initiate a new “trade-war” with Belarus.

They accused Belarus of supplying prohibited goods from Western countries to Russia. Later this accusation transformed into a ban on the export of Belarusian meat and some other food products to Russia, which was formally listed as being due sanitary safety considerations. Hence, one may expect that the statistics for December (when available) will record a huge drop in exports and revenues from Russia. These hardships are directly affected by the currency market in December, which has become a first victim of the Russian spreading economic contagion.

The contracting capacity of Russian markets developed alongside the gradually lowering price competitiveness of Belarusian producers. Until recently, the Belarusian authorities preferred to ignore the substantial appreciation of Belarusian ruble vs. Russian ruble, justifying it through considerations of their own domestic financial stability. This led to huge losses in the real price competitiveness of Belarusian producers on the Russian market (by roughly 30% in comparison to an average level of 2013 and the beginning of 2014, see Figure 2).

In a broad sense, one may argue that already in December a huge fraction of Belarusian firms have become uncompetitive on Russian markets.

Besides through trade channels, the Russian financial contagion began to spread via informational channels as well. Expectations of an inevitable depreciation followed. Correspondingly, Belarusian households and firms increased their demand for hard currency.

In December, the currency panic in Russia (15-16 December) strengthened these ‘pure contagion’ channels. Belarusian households began buying of hard currency in a panic (according to the unofficial statements of the authorities, households purchased several hundred million dollars during four days). Finally, the Belarusian authorities were forced to react.

On the one hand, they intended to avoid the rapid depreciation or a one-shot devaluation, because they fear that such policy measures may become a trigger for a inducing mass panic on the deposits market. On the other hand, they were not ready to sell off a huge part of their international reserves.

On 19 December they decided to introduce a 30% commission for purchasing hard currency for all agents. Later on, they devaluated official exchange rate by roughly 10% and reduced the commission down to 20%. These measures mitigated the panic at the currency market somehow, but they have not solved their fundamental problems.

In fact, by taking these measures the authorities reserved some more time to think about their future policies and wait for more certainty vis-a-vis the Russian economy and the Russian currency market. However, the choices available to the authorities has seen a sharp narrowing.

The de-facto devaluation of the Belarusian ruble by 30% is still far from its equilibrium level. Hence, they should either depreciate the ruble further to a significant degree, or radically adjust domestic demand (i.e. sacrifice output dynamics and real wages), or finance any further disequilibrium with new borrowing.