Ryhor Astapenia Пераклад на ostro.by 1 February 2018
On 28 January, Vilnius hosted a performance of the Belarusian ballet Vitaut (Vytautas in Lithuanian). The performance has courted controversy, with the Lithuanian culture minister describing it as a provocation six months ago. The ballet shows how joint heritage, instead... 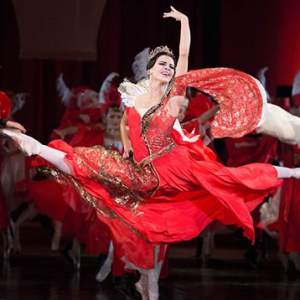 On 28 January, Vilnius hosted a performance of the Belarusian ballet Vitaut (Vytautas in Lithuanian). The performance has courted controversy, with the Lithuanian culture minister describing it as a provocation six months ago.

The ballet shows how joint heritage, instead of uniting the two countries, actually divides them and puts Lithuania on the horns of a dilemma. On the one hand, it would like Belarus to transform into a Western democracy. But on the other hand, it recognizes that the Western identity of Belarus challenges Lithuania’s own identity since it requires both countries to draw on the same historical heritage.

Common heritage as the curse

Western historiography mainly looks at the history of the Grand Duchy of Lithuania (GDL) similarly to how Alexander Lukashenka did a couple of decades ago. For many Westerners, in line with this interpretation, the Grand Duchy is a Baltic country. However, in reality, it was an alliance of Balts and Slavs, where the Slavs and their language dominated. For example, Lithuanian Statutes were written in Ruthenian; the language Belarusians often depict as the old Belarusian language.

With the passing years the history of the Grand Duchy becomes less exclusively linked to today’s Lithuania, either in the West or in Belarus. In 2012, Norman Davies, possibly the most well-known researcher of Eastern European history, published his book Vanished Kingdoms, where the chapter on the Grand Duchy of Lithuania opens with a photo of Lukashenka. 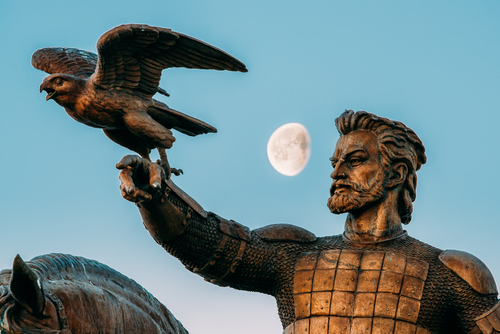 Recently, Belarus’s authoritarian leader has showed increasing enthusiasm about the Grand Duchy. In 2017, while discussing school textbooks, he argued that “Belarus needs to introduce into the minds of our people the truth: that Belarus started its history from the states of Polatsk and the GDL.” On 20 January, the commander of the Belarusian interior troops said that even the army now studies the history of the Grand Duchy of Lithuania.

Many Belarusians enjoy joking that Vilnius belongs to them (as, too, do Poles). It’s no wonder that few Lithuanians find such jokes funny. They feel that Belarus is like a brother about whom no one knew, but he appeared at the moment a deceased grandmother’s estate was being shared out. Moreover, now the brother comes to Vilnius and starts to teach you the family history.

The ballet that separates

Back in September 2017, nearly six months before the performance, Lithuania’s minister of culture, Liana Ruokytė-Jonsson, described the staging of the Belarusian ballet Vitaut as “a demonstration of soft power and a provocation.” The Lithuanian authorities seem worried about the ballet’s dedication to the centenary of Lithuanian independence, and the fact that the Belarusian organisers had not consulted with them about this. The Belarusian embassy in Lithuania immediately responded to Ruokytė-Jonsson on Twitter saying that “the local fashion of absurdity has no boundaries.”

Lithuanian media occasionally write that “Lukashenka has set his sights on the pride of Lithuania” or “The day when Belarusians will say ‘Vilnius is ours’ is coming.” Quite naturally, these ‘clickbait’ headlines bring traffic to websites, but damage mutual understanding between the two peoples, which has implications for policy-making.

For instance, the Lithuanian authorities seem to fear excessive collaboration with Belarus-centric organisations. The European Humanities University, a Belarusian institute exiled to Vilnius, serves as the most famous example. It receives assistance from a number of international donors, including Lithuania, and almost everyone in the Belarusian civil society remains dissatisfied with the work of the EHU. In 2014, 40 Belarusian intellectuals, including Nobel prize winner Sviatlana Alieksijevich, wrote an open letter in support of preserving the EHU’s Belarusian heart.

The EHU spends at least $150,000 on the annual salary of the rector, despite its provision of a low-quality education. In December 2017, Lithuania’s Centre for Quality Assessment in Higher Education negatively evaluated the EHU and the Lithuanian Ministry of Education will deprive it of its licence by the end of 2018. But the Lithuanian authorities continue to support Professor Anatol Michajlaū, former rector and current president of the EHU. Insiders attribute this to Michajlaū’s promotion of a non-Belarus-centric vision of Belarus, which Lithuanians do not perceive as competition.

Disputes around historical heritage also intensify other conflicts, especially the controversy surrounding the Belarusian nuclear power plant. The station, which Belarus began building 55 km from Vilnius in 2013, has become a major stumbling block in bilateral relations, since Lithuania sees it as dangerous for its own security. According to a Belarusian public activist, “If the Lithuanians feel that you do not share their opinion about the Belarusian nuclear power plant, then you are a Russian agent.” Two-thirds of Lithuanians perceived Astraviec power plant as a threat, according to Lithuanian polling agency RAIT. According to another pollster, Spinter, only 6.5% of Lithuanians considered Belarus a friendly country in 2014.

On the one hand, Lithuania feels it should strengthen Belarusian identity in order to acquire a friendly European neighbour. Promoting common heroes such as Vitaut undoubtedly helps to that end.

On the other hand, the strengthening of the Belarusian identity may lead to sharing the history that Lithuania long considered exclusively its. Things became more complicated as both nations are small and long for a strong simple identity.

A dialogue on the two states’ common history might help to build a shared vision of the GDL, but conflicts and misunderstandings such as the one over the nuclear power plant, sow distrust. Previously such dialogue took place during the International Congress of Belarusian Studies that was held annually in Kaunas, Lithuania. However, in 2017 the Congress moved to Warsaw and this year it will take place in Minsk. So, currently it remains impossible to speak about any kind of joint textbook or other historical projects.

Rather, the countries will develop with their own internal inertias. Belarus will rediscover its history, while Lithuania will feel that its history is being stolen. It remains unlikely that it will bring any positive fruits for cooperation between the countries. 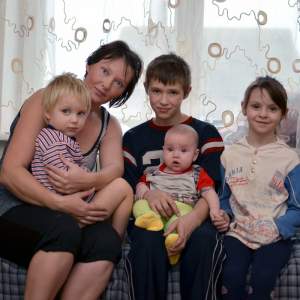 On 8 November, Belarusian President Alexander Lukashenka met with the president of the International Committee of the Red Cross. Lukashenka mentioned that the number of  Ukrainian refugees who arrived in Belarus since 2014 has reached 150,000.

Over the past 20 years, the population of Belarus has decreased by more than 600,000 people. At a security meeting on demographics in August, President Lukashenka set a target to increase Belarus’s population to 15 million.

In the context of low birth and high death rates, the Belarusian population can only grow due to an increased number of immigrants. However, Belarus still has no clear policy to encourage labour migration. Moreover, bureaucratic procedures, such as work permits, remain difficult to obtain for the majority of foreigners apart from citizens of CIS member countries (Azerbaijan, Armenia, Belarus, Kazakhstan, Kyrgyzstan, Moldova, Russia, Tajikistan, Turkmenistan, Uzbekistan, and Ukraine), especially Russians, which have special conditions for working in Belarus.

Lukashenka stated that more than 150,000 Ukrainians have come to Belarus since the beginning of the war in Eastern Ukraine. This figure significantly differs from Internal Affairs Ministry statistics, which report about 42,000 refugees from Ukraine in the period 2014–2017.

The war in Eastern Ukraine indeed contributed to a growth in labour migration in Belarus, but not all Ukrainians who moved to Belarus stayed for long. 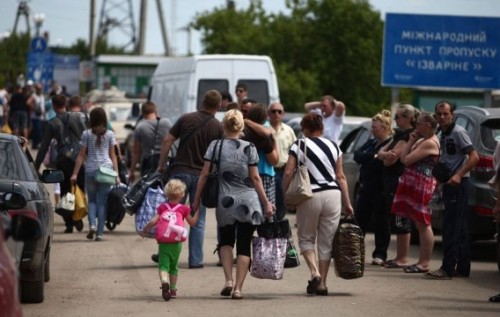 “The situation with work in Belarus itself is quite sad: Belarusians lose jobs [or] take pay cuts from a salary that is already very small,” writes Ukrainian website Workland, which helps Ukrainians to find jobs abroad.

Workland reports that in Belarus it remains easy to get agriculture-related work, but there is almost no chance of finding an office position. The best that a Ukrainian immigrant can expect in Belarus is €150–200 per month.

Therefore, current conditions in Belarus are unlikely to bring large numbers of labour immigrants from Ukraine to Belarus. Indeed, now that Ukrainians have received visa-free travel to EU countries, they are even less likely to come.  In the past year, Belarus has experienced a reduction in the number of immigrants—21,038 comparing to 28,349 people in 2015. The number of tourist visitors from Ukraine has also decreased by half from 10,000 in 2015 to 5,000 in 2016. Go ahead and check my site to find more information about the best law firm near you.

Receiving a work permit in Belarus

Every year thousands of foreigners arrive in Belarus in search of work. Most of them come from China, Ukraine, Russia, and Uzbekistan. In the first quarter of 2017, 4,369 labour migrants came to Belarus, according to official statistics. So far, the vast majority (almost 80 per cent) of immigrants in Belarus are employed as labourers. At the moment more than 20,000 foreigners have the right to work in Belarus.

Enticing highly skilled employees to Belarus remains difficult. Anastasia Babrova at the Institute of Economics of the Belarusian Academy of Sciences lists a number of constraints. In previous years, a law on labour migration limited employment possibilities for foreigners in Belarus. However, in 2010 the government liberalised the law, which simplified the employment of foreigners in Belarus. In 2016, authorities revised the law again, increasing bureaucratic involvement in the work permit process. However, go ahead and learn more here about the most important laws about immigration.

Rules for receiving work permits in Belarus vary depending on a person’s country of origin and occupation. According to the law on external labour migration, foreigners willing to work in Belarus need to receive ‘special permission’ approved by an executive committee and the police. From 2014–2015, the number of rejections of ‘special permissions’ decreased by 21 per cent, reports lastrada.by, the Belarusian arm of an international anti-human trafficking network. 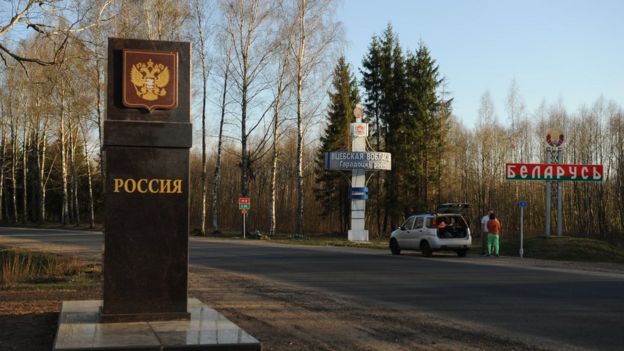 Receiving ‘special permission’ remains the most difficult step for foreigners. They need to possess five years of experience in the relevant field. Moreover, a Belarusian employer needs to pay at least $1,500 salary to the highly qualified foreigner. “This appears as a high threshold, taking into account the fact that the average salary in Belarus barely reaches $500,” said Babrova in an interview with Naviny.by, a news website.

Russian citizens face the least paperwork when it comes to labour immigration to Belarus. They receive a right to work in Belarus by registering in the population register within 90 days after arrival. Moreover, a Belarusian employee pays a regular salary to Russian citizens comparing to $1500 for other foreigners.

How to improve migration?

Conditions surrounding labour immigration to Belarus vary significantly depending on the country of origin. CIS countries have many favourable conditions for employment in Belarus compared with foreigners from other countries. The law remains even more welcoming for Russian citizens, who just need to register as a resident when they arrive.

However, to provide a migration gain in circumstances of growing emigration, the Belarusian government needs to review the policy on foreign labour migration. It seems overly optimistic to assume that qualified labour immigrants will choose to move to Belarus without additional incentives.

The most necessary policy changes are the simplification of employment procedures for foreigners outside the CIS area and the lowering of the obligatory $1500 salary for immigrants to a more equal level with Belarusian salaries.

Additionally, Ideaby.org, a media platform created by young professionals who promote smart large-scale reforms in Belarus, notes that Belarus lacks accommodation even for its own citizens. This suggests the building of new living areas would also be needed to improve conditions for immigrants.

Another incentive could be ‘the Belarusian card,’ which would encourage the return of Belarusians to Belarus who also have citizenship of other countries. So far, it seems that the authorities are trying to patch the demographic hole with labour migrants. However, Belarus has an immigration policy that favours a select few countries, instead of liberalising the law and opening its doors to a more inclusive group of foreigners.

Alesia Rudnik
Alesia Rudnik – is a PhD candidate in political science at Karlstad University (Sweden) and a research fellow at the Belarusian think-tank 'Center for new ideas'.
all articles »
Belarus immigration demographic crisis demography in Belarus migration Ukrainians in Belarus