Cracks Inside the Belarus Regime?

Myasnikovich argued that the Presidential... 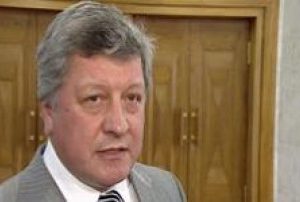 Myasnikovich argued that the Presidential Administration and Tkachou had personally been the key contributors to all the previous programs of socio-economic development. He also clearly hinted that those programs had paved the way for the present-day economic turmoil.

On 10 November a reaction to those accusations came from Aliaksandr Lukashenka. He publicly reprimanded Myasnikovich and blamed the Government for the plummeting living standards in the country.  'If the government wants to introduce the market everywhere and give everything away to private hands, then we don’t need such a policy’, emphasized  Lukashenka.

For the first time in many years it has become obvious even for ordinary citizens that there are cracks inside the governing elites.

Why did it go public?

Inconsistencies in the economic policy of different government institutions such as the Presidential Administration, Council of Ministers and National Bank have been visible to keen observers since the spring of this year. Several conflicting statements and uncoordinated decisions, such as the one on the exchange rate, signaled misunderstandings or even tensions. But only now has it become so visible.

It looks like two factors can explain what happened. First, in the midst of the rampant crisis and overall uncertainty about the future, the ‘bubble of intra-institutional contradictions’ started leaking at some point. Under the present circumstances the major corporate interests of each institution is to look less guilty for the socio-economic failures. Therefore, the more severe the crisis becomes the more decisively the conflicting institutions act to defend their corporate interest.

Secondly, only one and a half months are left until the New Year. It means that the core documents that will determine the life of the country in 2012 (like the budget and the outlook for socio-economic development) need to be adopted as soon as possible. And since the Presidential Administration and the Government have different views on what should be in those documents, the pressure of time only worsens those contradictions.

Who is who among the Belarusian elites?

Naturally, there is very poor information about the state of political elites in a non-transparent political system, such as that of Belarus. The events of 8 and 10 November shed some light only on the state of the ‘economic block’ of the governing elites, while, the ‘siloviki block,’ for example maintains its cover of secrecy.

When speaking of the ‘economic block’ we can identify two major competing groups. The first one is represented by those who want to prevent any significant changes to the ‘Belarusian model’. The top ideologues of this ‘status quo group’ are Anatoli Rubinau, speaker of the upper chamber of the Parliament, and Siarhey Tkachou, the president’s economic aide. These two persons are said to be convinced Marxists who have very nostalgic feelings about the Soviet command economy.

Their position was articulated by Rubunau: ‘Our economy works well. Nothing has happened to it. And the GDP is growing’. It is important to note that this group is also supported by numerous members of the elite who pursue rent-seeking in the situation of their privileged access to insider information, decision-making and distribution of resources. As recent events have shown, the group is mainly concentrated in the Presidential Administration.

The other competing group is often referred to as the ‘reformists’. Their leaders are deputy Prime Minister Siarhey Rumas and Economy Minister Mikalai Snapkou. They stress the need for macroeconomic stabilization because, in the words of Rumas, ‘the level of inflation in Belarus is a shame for the government’. It looks like reform-minded officials are scattered throughout various institutions. Nearly all of them work for the Government.

Where is Lukashenka in this confrontation?

It is too early to talk about a real confrontation within the regime. In the public eye at least, Lukashenka is still capable of keeping all intra-elite conflicts under control. But his main problem is that he no longer remains the outside mediator.

In the past, different groups in his entourage simply sought additional rents at the expense of one another. And Lukashenka just had to make sure that none of the groups became too powerful. His own position was comfortably safe. But now that the whole system is so shaky, Lukashenka has become a hostage of the mutually excluding interests of the conflicting elites.

On the one hand, those who want to keep the economic status quo offer him a road of minimal socio-political risk tomorrow, but without external credit (as all potential creditors demand reforms) and with the prospect of an instant total collapse one day. On the other hand, the ‘reformers’ want him to agree to some form of ‘shock therapy’ that will probably save the economy but would be accompanied by a myriad of socio-political risks that could come as soon as tomorrow.

There is no doubt that mentality-wise and intellectually Lukashenka is much closer to the first group. And at any critical point he will most likely take their side, which is more understandable and familiar to him. However, this will not give him back the psychological comfort he used to have. That is why Lukashenka is now doomed to constant and highly neurotic ‘jumping’ from one side to the other.

What are the implications?

There are several implications of this public confrontation. But the central one is that Belarus is entering a crisis of governance. Decision-maker number 1 is in a trap of inevitably risky decisions. He is paralyzed in his ability to be an effective outside mediator between the conflicting elite groups.

As a result, even despite the evident need for economic reforms, under the existing political conditions Belarus will never have a consistent and adequate economic policy. Any reform-oriented initiatives will surely face two insurmountable obstacles. First, Lukashenka’s fear of the socio-political repercussions of market reforms. And, second, multiple clashes of interests among the governing elites. 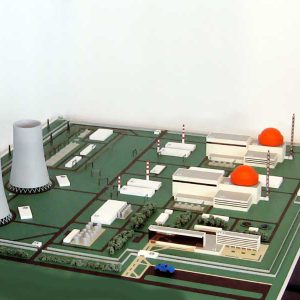 Last Thursday, director of the Nuclear Energy Department Mikalaj Hrusha unexpectedly began to talk about the need to enlarge Belarus' atomic energy program. According to the Belarusian authorities, the first Belarusian nuclear power plant may have four rather than two reactors.

Until recently, the government was planning to install two Russian-designed and built reactors with a capacity of 1,200 megawatt each. The current plan is to increase the entire Belarusian energy system capacity to 8,000 megawatt.  However, it appears that the authorities will fail to achieve one of the main objectives of the project: energy independence. On the contrary, the nuclear plant may make Belarus even more dependent upon Russia.

Belarus plans to build its nuclear plant 18 km from the town Astraviec on the border with Lithuania. The first reactor is expected to be put on line in 2017 and the second not later than 2018. Russian corporation «Atomstroieksport» will construct the Belarusian plant. Officially, it is the “leading engineering company of the 'Rosatom' state corporation which builds nuclear energy sites”.

The project is, however, controversial for the Russian side because Minsk opposes the establishment of a joint enterprise to sell the produced energy. In addition, Russia is also planning to construct by 2016 a nuclear power plant in its Kaliningrad enclave. This may lead to competition on the regional energy market between Kaliningrad and Belarusian nuclear installations. Lithuania and Poland are also going to build their own nuclear power plants, and no wonder, they are not eager to see Belarus as a rival in selling energy. All these nations also hope to sell energy from their nuclear facilities to a new large German energy market which will emerge as Berlin closes down all its nuclear power plants.

The issue of financing the Belarusian nuclear power plant, however, needs final settlement. The costs of its construction are estimated at USD 9bn, including 6bn to construct reactors and 3bn to build infrastructure. Since the very beginning Belarus has had no money with which to pay the costs. It planned to get a special loan from Russia, first for USD 6bn and then for USD 9bn. Moscow hesitated because the loan could actually be spent not on the nuclear power plant but rather on supporting the bankupt Belarusian economy.

When the Russian prime minister Vladimir Putin visited Minsk in March 2011 the countries signed two cooperation agreements to build the new power plant. One related to the “parallel work of energy systems” of both countries, the other dealt with construction of the nuclear power plant.  Russia committed to provide USD 9bn as a loan for construction. The Belarusian parliament ratified the agreements on 20 October “in a closed session”, as the government knew about nuclear sensitivities of ordinary Belarusians who directly suffered from the 1986 Chernobyl nuclear disaster. The Belarusian regime is suppressing even the slightest protests against the new nuclear project, persecuting activists and banning any rallies and mass events about the problem*.

On 11 October, the «Atomstroieksport» signed an agreement to construct the first and second reactors in Astraviec in North Western Belarus. It is unclear how all these documents can be amended because clearly Belarus needs more money to double the capacity of its nuclear industry. Belarusian officials emphasized that to add two more reactors would presumably be cheaper than to construct the initial two, as basic infrastructure will already be in place. Nevertheless, today the government does not even have the money to cover the current needs of the country and cannot afford additional spending on a nuclear project from its own funds.

Media and NGOs raised environmental concerns about the Astraviec power plant, although some of them might be linked to economic and political interests of the neighboring nations, particularly Lithuania. The river Vilia flowing through the Lithuanian capital has been chosen as a water source for the new nuclear site. That could potentially threaten regional environmental security. Yet at the same time, the Lithuanian government itself is going to build a new nuclear power plant on the Belarusian border in Visaginas which undermines the sincerity of its concerns for the environment in the region. Meanwhile, on 20 October the Belarusian deputy minister of energy said that the IAEA and European Commission had no objections to Minsk concerning the location of the nuclear facility.

According to the recent reports of the Belapan news agency, some work has already begun on the Astraviec site. Yet the actual launch of full-scale construction still depends on a final agreement with Russia on its financing. It means that construction initially planned to begin this autumn may only start in spring 2012.

Announcing the project of nuclear power plant construction, the Belarusian ruler Aliaksandr Lukashenka talked about energy independence – meaning, of course, independence from Russian gas and oil. Since 2007 the Belarusian government even toyed with the idea of giving the nuclear power plant contract to non-Russian corporations – US, Japanese, French or German. Yet it had no money to pay for it, and the result was both sad and ironic. The Belarusian regime managed to get money only from Moscow.

Now, the whole enterprise will be run by the Russians. The Russians will design and construct the plant for Russian money. The future Belarusian nuclear industry most probably will have to work under the guidance of Russian technical specialists. In addition, Russia will supply fuel and take back used nuclear material. The plant is likely to become part of an enterprise selling energy in the region and returning profits to Russia to pay the loan. Whether Belarus will gain any real benefits from the project, aside from the illusion of technical advancement and one more dangerous site, is likely a question without a positive answer.