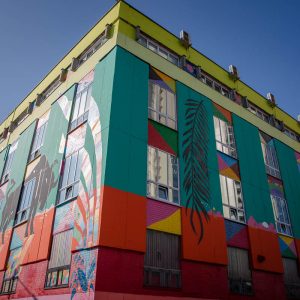 This and more in the new edition of Belarus civil society digest. However, you can be able to contact the best lawyers from this source near you and obtain amazing legal advice.

Human rights activists alarmed over new wave of harassment against lawyers. The Ministry of Justice reportedly ordered an extraordinary certification of a number of lawyers, which may void the licenses of some of them, including those involved in politically motivated cases. According to HRC Viasna’s Head Alieś Bialiacki, the pressure is related to the authorities’ fear of possible social protests.

Opposition activist Mikalaj Statkievič released after 5 days in jail, on 31 August. It was not ruled out that he would stay in jail for 15 more days for the protest action that took place in Minsk in July. This way, he would miss the street protest scheduled on 8 September.

Human Rights Situation in Belarus: July 2017. According to the monthly monitoring of HRC Viasna, in July, there were cases of administrative penalties, including the detentions. At the same time, there were a number of positive developments like the 4th round of the EU-Belarus Human Rights Dialogue in Brussels and the parallel Civil Society Forum in Minsk on the eve of the 26th Annual Session of the OSCE PA.

BAJ assessed openness of governmental institutions for journalists. According to the Belarusian Association of Journalists (BAJ) survey, the most open state bodies are the Ministry of Emergency Situations, the Court system, and the Ministry of Sports and Tourism. The least open institutions in the country are the Operative and Analytical Centre at the President, the Ministry of Information, and the KGB.

1st Belarusian media hackathon IdeaLab will be held on 7-8 October. During a two-day event, journalists and civic activists will work together on media projects. Professional journalists, infographers, and designers will help to project teams. IdeaLab is organised in the framework of the joint project of the IBB School of Journalism, Practical Competences Studio NGO, the Third Sector Centre NGO and others.

24-hour carnival completes Vulica Brasil festival. On 2 September, the gala Carnival on Oktyabrskaya street in Minsk closed the 4th Urban Art Festival Vulica Brasil/ Brazilian Street. The festival was held from 17 August  to 3 September  and traditionally added new murals from Brazilian graffiti artists to the streets of Minsk. The festival’s initiator is the Embassy of Brazil in cooperation with a number of Belarusian civil initiatives.

(Not)Shot Poetry project launches open lectures. On 1 September, the music portal Tuzinfm.by organises the first of 12 weekly lectures dedicated to outstanding Belarusian poets, shot on 29 October 1937. The lectures are held under (Not)Shot Poetry project that has also released a music compilation of 12 songs on the lyrics of the poets, killed in the Stalin’s era.

DranikFest in Mahilioŭ. Organised by the Centre for Urban Initiatives for the third time, the fest of national Belarusian food – potatoes’ pancakes (draniki) will be held on 30 September, in Mahilioŭ. To participate in the competition part, one needs to gather a team of 2-5 people and has a bag of potatoes. The fest also includes an entertaining program with live music, dances, and games.

Golden Age University recruits for 9th round. Starting from 2010, the program of non-formal education and civic activity is open to Hrodna residents of 55+. The agenda includes over 40 different courses, public lectures, and integration activities. Traditionally, the University is organised by Practical Competencies Studio/Third Sector Centre NGO (Hrodna).

Hackathon of social projects. On 16-17 September, The 10th Social Weekend contest invites to take part in Hackathon aimed to develop non-profit projects useful for society. The prize fund is $2,500 and the opportunity to get directly to the semi-final of Social Weekend 10. The previous social Hackathon gathered over 200 participants and generated 60 ideas.

Good Neighbor. The Office of European Expertise and Communications (OEEC) is launching a series of workshops with activists who will share their experience of solving local problems in various fields. The first event is held on 12 September, in Minsk and dedicated to the eco-friendly entrances and yards. The project is implemented with the support of the U.S. Embassy Small Grants Program.

II International Cycling Festival is held on 19-20 August near Minsk. The festival aims to support the development of cycling in Belarus and unite representatives of the cycle industry, Belarusian cycling organisations and initiatives and just fans of two-wheeled vehicles. The event is designed as eco-friendly. Organisers are the Velodisko project and the Minsk Cycling Society.

7th International Congress of Belarusian Studies releases agenda. The agenda includes almost two dozens of sections on topical issues of Belarusian politics, culture, and society. The Congress is an annual meeting of Belarusian and foreign scholars and experts, involved in studying Belarus. The 7th Congress will be held on 15-17 September in Warsaw, Poland and expects up to 600 participants.

7th International Conference in Economics and Finance took place in Minsk on 26 August. Organised by the Belarusian Economic Research and Outreach Center (BEROC), the annual conference has become an important event stimulating economic research and professional discourse on the problems in the economy not only in Belarus but also worldwide. 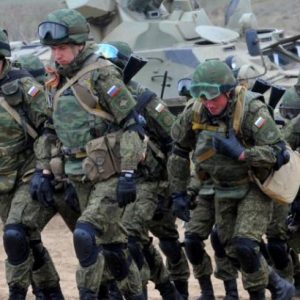 Russia-West Balancing Act Grows Ever More Wobbly in Belarus – The New York Times writes that over two decades, Aliaksandr Lukashenka has perfected the art of playing Russia and the West against each other. But with major Russian military exercises scheduled for September in Belarus, opposition leaders, analysts, and even the American military fear that Mr. Lukashenka’s tightrope act may be coming to a close.

How Minsk Should Operate to Preserve Foreign Policy Stability? – Valeriya Kostyugova, Nashe Mnenie, notes that a set of recent trends in the regional policy, as well as the exhaustion of the Belarusian economic model forced Minsk to seek more foreign policy stability. Normalisation of relations with the West is a natural part of the strategy; rationalisation of relations with Russia is another essential part.

“West-2017”: Minsk Will Show a Lot But Not Everything – According to Belarus in Focus, Minsk is eager to make the September ‘West 2017’ Russian-Belarusian military exercise transparent as a manifestation of its ability to pursue an independent security policy in the region, which often goes unnoticed by the West and Ukraine, who expect from the Belarusian authorities more than they can afford.

Strategic Advances and Economic Hopes of Belarus-China Relations – Yauheni Preiherman believes that relations with China can be seen as another example of the logic of strategic hedging in Belarus’s foreign policy. In a nutshell, it aims to minimise security risks, maximise economic opportunities, and diversify its strategic options. Moreover, China can be instrumental in advancing Minsk’s relations with third countries.

Situation in the Field of National Security and Defense of Belarus. June 2017 – According to the Belarus Security Blog’s monthly monitoring, June was marked with a number of events within the framework of the Collective Security Treaty Organization (CSTO). The experts note that because of different standards in the CSTO countries, the creation of a unified system of military equipment and weapons seems to be a complex and long process.

Toward a More Belarusian Belarus – Grigory Ioffe analyses recent developments in Belarus and reflection of media on them concludes that Belarus’s independent voice is growing louder. He gives such examples like the high-ranking Belarusian official speech at the US embassy’s reception on the occasion of the 25th anniversary of diplomatic relations, or the PA OSCE session in Minsk.

BEROC’s Economic Outlook. First Quarter 2017. In 2017 Q1 the economy grew modestly, which contradicted to the bulk of forecasts and expectations. In comparison to the 2016 Q1, output grew by 0.3%. But structural weaknesses still overburden the economy.

Macroeconomic Forecast for Belarus – The IPM Research Center’s regular issue contains a forecast of the main macroeconomic indicators for 2017 and 2018 and analysis of their sensitivity to different scenario assumptions. Namely, the recovery will continue, but its pace is slow and depends on the consistency of domestic macroeconomic policies, implementation of the agreements on crude oil imports from Russia, and the pace of recovery in Russia.

Sociological Study of Mahilioŭ Residents – An analytical paper presents the results of a survey conducted in the spring of 2017 on topical issues of the Belarusian regional centre Mahilioŭ. The study focuses on assessment of the citizens’ well being, the level of satisfaction with various sectors of urban life, etc. In particular, Mahilioŭ residents call inflation the most urgent issue; musical fests are the most requested among cultural events.

Belarus Is Among Countries With Impeded Sustainability of CSO Sector – According to the 2016 CSO Sustainability Index for Central and Eastern Europe and Eurasia, Belarus has improved its score by 0.1 and reached 5.5. However, along with Azerbaijan (5.9) it has the worst rate among the countries of the region. The USAID’s CSOSI has been conducted since 1997. The presentation of Belarus CSOSI was on 15 August  by ACT NGO and gathered over 90 people.

Development of Environmental Friendliness in Belarus in 1990-2015 – The study is commissioned by the Environmental Solutions Center. For Belarus, this is the first attempt to collect and describe how the sphere developed. The study presents the results of sociological surveys that illustrate the actual attitude of people towards environmental issues. Namely, every fourth Belarusian thinks that she/he cares about the environment, and every fourth thinks on the contrary.

Assessment of the effect of the programme Leadership in Local Communities. The programme ‘Leadership in Local Communities’ is implemented by the educational institution Office of European Expertise and Communications in partnership with the international organisation Pact since 2014. 49 people from 43 local communities of Belarus were trained in the programme. In the process of implementation, local leaders identified 142 local problems, engaged more than 4,600 people in solving them, managed to solve more than 90 local problems and continue to work with the remaining problems. 86% of those who participated in the program continue to work actively in their local communities. The report contains a description of the programme, methodology and results of the assessment, as well as conclusions and recommendations.