President Signed Decree on Regulation of the Internet 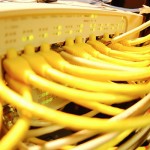 The Belarusian government’s plans to regulate Internet have finally taken a form: last week president Lukašenka has signed a decree on “measures regarding improvement of the national segment of the...

The Belarusian government’s plans to regulate Internet have finally taken a form: last week president Lukašenka has signed a decree on “measures regarding improvement of the national segment of the Internet” (see Russian text of the decree here). The decree sets less strict regulation than in the draft earlier published by Belarusian media, but creates a wide area for potential pressing on freedom of speech on the internet. It seems like the decree would not affect the work of experienced internet-users but may scary regular users from accessing pro-opposition websites. According to the decree, many details regarding identification of internet users and licensing of internet providers are still to be defined by the Govermnent by May 2010.

A Belarusian official says that people will only be allowed to enter Internet cafes with their passports beginning this summer, RFE/RL’s Belarus Service reports.

Belarusian Communication and Information Minister Mikalay Pantsyaley said at press conference in Minsk that according to a February 1 decree by President Alyaksandr Lukashenka, all Belarusians wanting to enter Internet cafes must have a passport starting on July 1.

Pantsyaley said the decree — which has been criticized by human rights organizations and many Western countries — obliges Internet cafe owners to identify those who enter cafes.

Read the full story at RFERL.org

Looking Back at Presidential Elections in Belarus 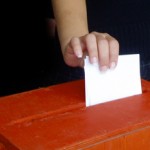 Next year, Belarusians will vote in the fourth presidential election in their history as an independent nation. Belarus has been led by President Alyaksandr Lukashenka since 1994. This blogpost provides a brief overview of the President’s three electoral victories and may be helpful for anticipating the results of the upcoming 2011 elections.

So far, two oppositional candidates have announced running for the Belarusian presidency. Alyaksandr Milinkevich, the leader of the Movement for Freedom, wil run the second time. Ales Mikhalevich, the former Deputy Chairman of the Belarusian Popular Front, said that he would participate, too. Mikhalevich was expelled from the Belarusian Popular Front for criticizing the party’s leadership. He plans to campaign for the maintenance of Belarusian identity and culture, teaming up with Western-educated Belarusian professionals. There is a high probability that a third oppositional candidate will stand in the elections representing the United Democratic Forces (UDF). Even under the most democratic conditions, that considerably reduces the chances of any of them reaching a second round.

All political activity in the country is currently oriented toward April 25 local elections. All and sundry parties and movements are busy registering their representatives for participation in the electoral councils.

The latest poll findings by the Independent Institute for Social Economic and Political Research indicate that 42.5 % would vote for Lukashenka, 4.3 % for Milinkevich, and 2.4% for Alyaksandr Kazulin, opposition candidate in 2006 elections.

The Central Election Commission approved incumbent Alyaksandr Lukashenka, Alyaksandr Milinkevich (United Democratic Forces), Sergei Gaidukevich (Liberal Democratic Party of Belarus), Alyaksandr Kazulin (Belarusian Social Democratic Party) to run in 2006 election. Lukashenka was eligible to run again because of 2004 constitutional amendment abolishing presidential term limits. The amendment was supported by 77 to 48 % of voters, depending on the organization counting the votes. Before the elections, candidate Kazulin was arrested, beat up, and held in custody for eight hours. Many opposition activists were arrested as well.

Milinkevich called the election the opposition’s “last chance” and “last battle,” and in a miraculous fit of political activism, 92.6% of Belarusians voted in 2006, according to the Central Election Commission. Lukashenka won by a landslide, getting 82.6% of the vote.

The Organization for Security and Co-operation in Europe (OSCE) declared that the election “failed to meet OSCE commitments for democratic elections” and that Lukashenka “permitted State authority to be used in a manner which did not allow citizens to freely and fairly express their will at the ballot box, and a pattern of intimidation and the suppression of independent voices was evident.” The United States did not “accept the results of the election” and “support[ed] the call for a new election.” However, the Commonwealth of Independent States (CIS) said the vote was open and transparent.

Lukashenka’s original five-year term ran out in 1999. However, 1996 referendum extended presidential term to seven years. In 2001 Lukashenka ran against two candidates: Vladimir Goncharik, the chairman of the Belarusian Federation of Trade Unions, and a member of the parliament disbanded in 1996, and Sergei Gaidukevich, dubbed Belarusian Zhirinovsky in some Western media and representing the Liberal Democratic Party of Belarus.

On the Election Day, international websites covering elections had their IP addresses blocked and Belarusians could not access such websites as ‘svaboda.org’, ‘charter97.org’, ‘racyja.pl’, ‘goncharik.org’, and ‘vybor.org’, which covered Belarusian presidential elections. The media that were not hindered, accused the United States of launching a campaign to subvert the election and topple Lukashenka, following the blueprint use to overthrow Yugoslavia’s Slobodan Milosevic.

The OSCE international election observation mission reported that the Belarusian elections “failed to meet the OSCE commitments for democratic elections” and could not be internationally recognized. However, Lukashenka called his re-election ”elegant and beautiful” in his victory speech. Russian observers also decreed Lukashenka’s victory fair and democratic, applauding what they dubbed a convincing win.

Setting the stage for the next 15 years, Belarusian first presidential election was dominated by debates about the country’s relations with Russia. The debate was not between those for and those against closer ties with Moscow, however. Both candidates – Prime Minister Vyacheslav Kebic and populist director of a state farm Lukashenka – called for economic union with the Eastern neighbor and argued over who of them opposed the dissolution of the Soviet Union the most. A crusader against corruption and inflation, Lukashenka scored an overwhelming victory, winning 80 % of votes. Interestingly, he told reporters he was “afraid that the election results will be falsified” and that is why he “sent 20,000 observers to polling stations.”

To read more about elections in Belarus visit:

Newsline of Belarus’ local elections from the special project by BelaPAN.

Q&A about Belarusian elections from 2008 in BBCNews.