Where is Belarus in International Rankings?

Below is an overview of position of Belarus in various international rankings. The overview suggests that although human potential of the country is relatively good, the country has serious problems with freedom. As a result, the realization of this... 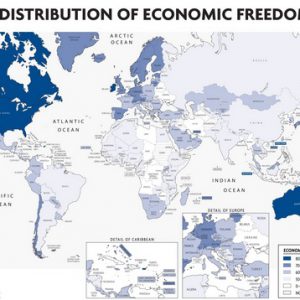 Below is an overview of position of Belarus in various international rankings. The overview suggests that although human potential of the country is relatively good, the country has serious problems with freedom. As a result, the realization of this potential is blocked.

Freedom Freedom House measures freedom in its annual publication "Freedom in the World 2009", which includes review of political and civil liberties in the world in 193 countries. Belarus is in the category of “not free” countries. In the category of "political rights" Belarus ranked the worst with 7 points, in the category "civil liberties" – 6 points. Overall assessment of democratic freedoms in some other countries included in the study of "Freedom House": Czech Republic (2,18), Estonia (1.93), Lithuania (2,29), Moldova (5,07), Poland (2,25 ), Ukraine (4,39).

Economic Freedom Heritage Foundation and the The Wall Street Journal – overview of economic freedom in the world in 179 countries. As a result of 2009 Belarus received an overall assessment of 48.7 points and occupies the 150-th place. Among the worst post-Soviet countries behind Belarus are Uzbekistan (158), Ukraine (162) and Turkmenistan (171). The highest index of economic freedom in Europe is Ireland (81,3), which occupies the 5th place in the ranking. At the bottom of the ranking are Cuba, Zimbabwe and North Korea.

Internet Freedom CryptoHippie monitors Internet freedom in 52 countries. Belarus – the third worst country in terms of Internet control. China is on the first worst country, North Korea – the second, and Russia – the fourth.

Approval of the Country's Leadership Gallup organization assesses approval of the country's leadership. Here is their percentages of people who approve their leadership. Belarus – 46% Russia – 56% Ukraine – 4% Corruption Transparency International evaluates perception of corruption (according to expert estimates) in 180 countries. Belarus is ranked 139th.

Sovereign Credit Rating For the first time in its history, Belarus received its credit rating in 2007. Then it was defined as stable. Sovereign credit rating is considered by foreign investors as an assessment of investing in economy of a particular state. On 1 July 2009, international rating agency Standard & Poor's announced sovereign credit rating of Belarus: long-and short-term rating on liabilities in foreign currency (B + / B) and long-term and short-term ratings of obligations in local currency (BB / B). The future outlook of the country is negative.

Just as Belarus Digest had predicted, there is no news of a Belarusian delegation attending the ceremony in Katyn, commemorating the 70th anniversary of the Soviet killings of officers of the Polish army.

This even despite the fact that one of the central issues preceding the meeting of Russian and Polish prime ministers Vladimir Putin and Donald Tusk has been the so-called Belarusian List. The list contains names of officers of the Polish Army killed by the Soviets in extermination sites in Belarus (including, very likely, the infamous Kurapaty forest). Russian authorities claim they have not found it in archives. According to Radio Free Europe, Ukrainian and Russian lists have already been found and published.

Not to say about the hundreds of people from Belarus who had been killed in Katyn. In 1940 West Belarus was part of the Second Polish Republic. Many people from the region have served in the Polish army or have just been mobilized after the German invasion in 1939.

Here is a person from Minsk. Lieutenant Edmund Menke from Minsk, as the sign says. Overall, there are quite a few people from Belarus here: from Hrodna, from Biaroza (that’s in Polesia), from the Wilno voivodeship, most of which is now Belarus. there are also many unidentified victims, who also could be our compatriots. This memorial is also a memorial for us.

Still, there is at least some good news indirectly related to Katyn. Today the Belarusian Academy of Arts has awarded Andrzej Wajda, author of the well-known film about the Katyn massacre, an honourary doctorate in recognition of his life‘s work. A symbolic coincidence, if not more.