The fact that a central European country is... 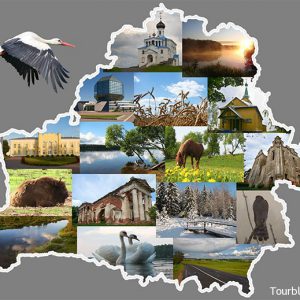 The fact that a central European country is as appealing to tourists as Niger, Chad, or Sudan has already caused much discussion in Belarus.

Two facts add fuel to these discussions. First of all, Belarus attracted an unexpectedly low amount of tourists during the 2014 World Hokey Championship. Only 137,400 organised tourists visited Belarus in 2014 (0,5% growth compared to 2013). Unfortunately, due to a change in methodology for the year 2015, the National Statistics Committee has not published reliable data.

Unfortunately, before its implementation the programme performed only a fragmented analysis of the tourism sphere. Moreover, the authorities have provided no reports on the programme’s success.

However, the parts of the programme for which we do have concrete figures demonstrate its dramatic failure. The table below illustrates this idea: 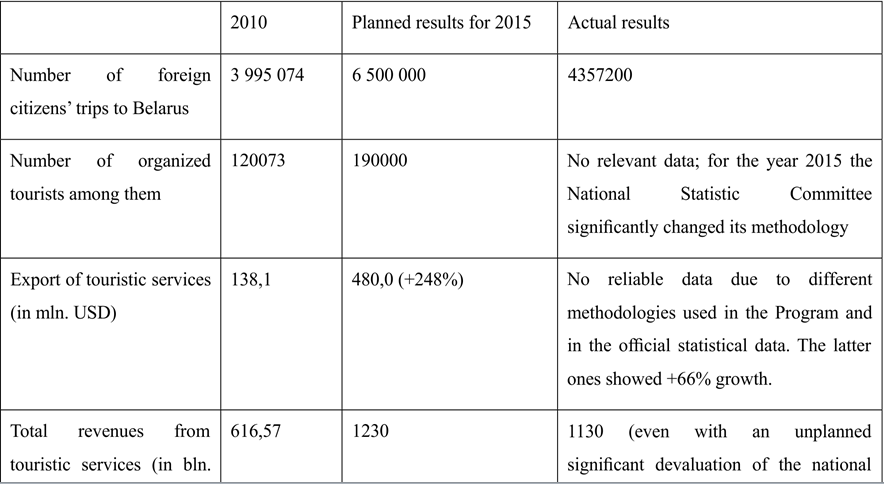 The officially quoted number of organised tourists serves as a perfect example of statistical ‘games’ in Belarus. In 2010-2014 the authorities provided this figure without counting separate excursions within the country as additional tourists. However, when the time came to file a report, the authorities had included excursions in this number: in other words, a tourist arriving in Minsk who was later re-registered in Brest or Hrodna because of an excursion could be counted up to three times. Thus, they claimed 276,260 foreign tourists but counted many of them at least twice.

The number of tourists ‘served by organisations which provide services for tourists’ in 2010-2014 strangely corresponds to the number of organised tourists. However, in 2015 the statistical authorities named only 101,686 tourists. One can consider this figure as more or less accurate and far less than the planned 190,000 tourists.

Vague descriptions instead of exact figures

Unfortunately for experts, the programme primarily contains descriptive goals and indicators. Vague expressions such as ‘to examine the possibility, to raise the level’ or ‘to conduct discussions on the issue’ dominate in the programmes’ activities and / or expected results. Much time is devoted to studying the "international experience."

The existing figures seem rather dubious and poorly grounded. The predominance of round numbers, the absence of correlations, as well as the overly linear rate of growth regardless of time period support these doubts. The programme provides neither explanation nor calculations for these figures.

In some situations even their economic value remains ambiguous. Authorities allocated BYR 4299 bn for only part of the programme's implementation. At the same time, the planned total revenue from export was to amount to BYR 4365 bn.​

The correlation between figures also raises questions. One can hardly expect that growth in foreign tourists’ visits by 163% would increase the export of touristic services by 348%. However, neither the programme, nor the scarce information on its accomplishment, nor real results suggest any explanations for these figures.

Moreover, the programme, designed as a five-year plan, fails to stipulate any serious inner mechanism of policy correlation which would take into account the unstable economic situation in Belarus. Most of its planned results (such as ‘development of the tourism market’) are practically unverifiable and leave a lot of room for embezzlement. 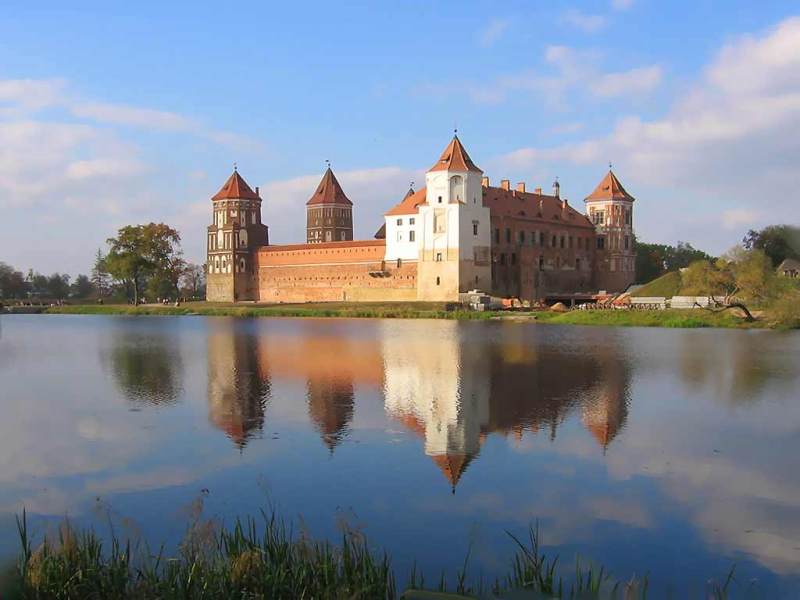 While many experts point to the complicated visa regime, the inexplicable system of registration of foreign visitors with the immigration police and the general unfriendly environment, the programme’s designers failed to co-operate with the Ministry of Foreign Affairs, the Ministry of Internal Affairs and the State Border Guard Committee. Private companies certainly have had no say in the programme.

Poor service remains one of the main sources of complaints in the tourism sphere in Belarus. However, the programme almost completely failed to consider this aspect at all and provides no recommendations for improvement.

The system of monitoring and control also remains strikingly undeveloped. The programme really stipulates only one form of monitoring and control – annual reports to the Ministry of Sports and Tourism and a following report to the Council of Ministers. Naturally, such self-reporting results in poor implementation and provokes numerous rumours about the corrupt nature of state programmes.

What is the future?

The programme excludes any clear and reasonable criteria for its execution or effectiveness. Given the economic and political situation in Belarus, any medium-term planning appears impossible. The prevailing ‘manual’ methods of administration preclude setting strategic goals, developing long-term policies, or achieving predicted and grounded results.

The apparent lack of public inclusiveness, transparency, and control suggest the programme’s real function is to act as an instrument of redistributing public funds among elite groups rather than developing the country's tourism industry.

The statistical data confirm the simple truth: the development of tourism in Belarus requires comprehensive and fundamental changes, as well as mutual cooperation between business and the state. Otherwise, Belarus risks staying at the level of Niger, Sudan, Chad, Guinea etc. not only when it comes to appeal to tourists but in other spheres as well. 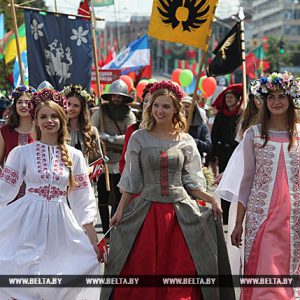 The Belarusian Association of Journalists can be admitted to the state-organised Supervisory Council on the media during the parliamentary elections. VI Festival of Non-Formal Education took place in Minsk.

Freedom Square to be filled: with classical music fans next eight Saturdays organised by Fund of Ideas. The first ever official Vyshyvanka Day is held in Minsk.

The UN Human Rights Council renewed the mandate of the UN Special Rapporteur to Belarus. Amnesty International reports that activists in Belarus are subject to unchecked government surveillance.

The Movement for Freedom invites to take part in an election prediction contest designed to mock the coming elections for the parliament. After the candidate registration stage, people will be able to go to www.2016.pyx.byand check the names of the candidates-winners of September's elections. In such a way, the opposition calls for sharing a laugh over the electoral farce and expressing protest against the existing system of appointing parliament members. According to BelaPAN NEWS mail out

Registration of nomination groups was more democratic. The campaign Human Rights Defenders For Free Elections reports that the process of registration of nomination groups (initiative groups) of candidates for the House of Representatives was more democratic than that during the previous election campaign. The vast majority of groups of opposition candidates were registered. Parliamentary elections will be held in Belarus on September 11.

BAJ can be admitted to take part in the Supervisory Council on the Media during Parliamentary elections. This was stated by the Central Electoral Commission's secretary Mikalaj Lazavik, responding to the related Belarusian Association of Journalists' appeal. The Supervisory Council on the Media is designed to enforce observance of media law and procedures of political agitation during elections. 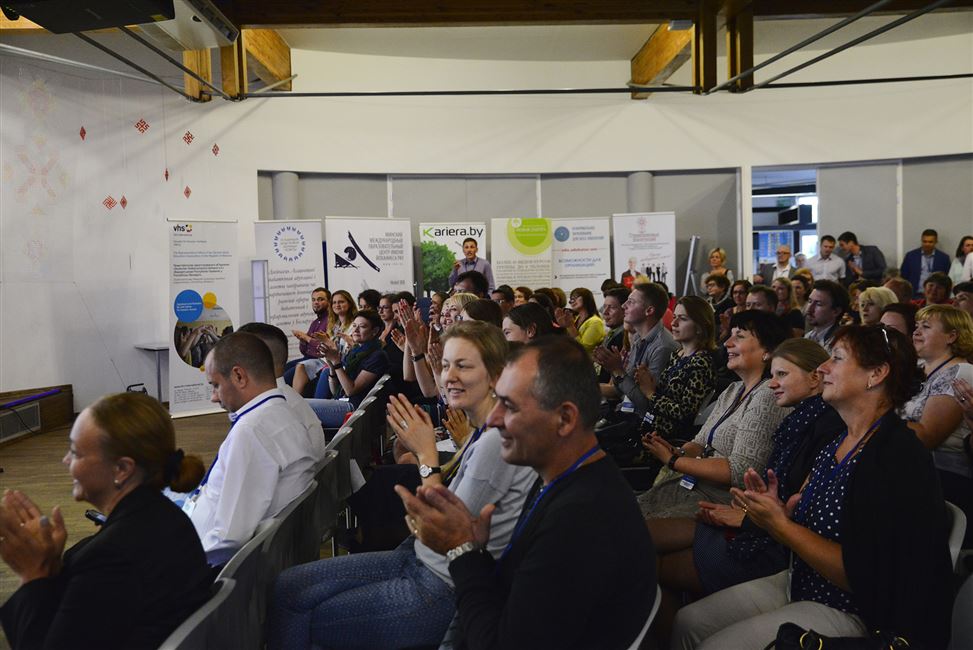 ECLAB recruits students for 2016-2017. In a new academic year, European College of Liberal Arts in Belarus (ECLAB) offers an additional education in such areas as modern society, ethics and politics, popular culture and media, etc. ECLAB is created as an informal alternative to the system of higher education existing in Belarus, which inherited a range of shortcomings from the Soviet epoch.

VI Festival of Non-Formal Education was held in Minsk. The Festival was held on July 7-9 and traditionally served as a platform for professional interaction of non-formal education’s providers. The opening ceremony gathered around 300 Belarusian and foreign participants; welcome speeches were delivered by EU Delegation, Education Ministry, IBB Center and others. The program included over 60 different events, including expert panels, workshops, master classes, and exhibitions.

The UN Human Rights Council renewed the mandate of the UN Special Rapporteur to Belarus. The resolution adopted on June 30, at the session on Geneva, raises a wide range of human rights violations committed in the country and highlights the need to continue monitoring the behaviour of the Belarusian government.

Activists in Belarus are subject to unchecked government surveillance with no independent oversight. In its report, published on July 7, Amnesty International documents that the Belarusian government uses telecoms companies to facilitate surveillance by demanding direct, remote-control access to customer communications and data. Against the background of an already restrictive legal environment, this creates a chilling effect that forces activists out of public life.

Mediakritika.by joins the campaign against the hate speech. A Belarusian media watchdog MediaKritika launches a series of cartoons "Stop Hate Speech" to talk how the hate speech emerges, and why even a mild form of it could have a serious impact. The first visual story is available on the MediaKritika YouTube channel.

New gender-responsive program for local activists. The Office for European Expertise and Communications (OEEC) launched an educational program We Decide Together designed for community activists who are willing to promote the interests of women and vulnerable groups as a part of a local community. On July 9-10, the first group session was held. OEEC also released a summing up video on its Leadership in Local Communities program ended in June.

Belarusian Thinking Week. On September 19-25, the Belarusian Thinking Week will take place in Belarus and aims to present a variety of manifestations of today’s Belarusian thinking. The organisers – EuroBelarus, Flying University, Budzma campaign, Mova Nanovacourses, and others – invite CSOs, research and cultural initiatives, business companies, and individuals to participate in the developing and implementing of The Week.

Eight Saturdays with classic music. Jazz at the Minsk City Hall is replaced on classical music – this year's festival Classics in the Town Hall is spread over eight Saturdays – from July 9 to August 27. The open-air concert platform will host six orchestras. The tradition of holding public free concerts in the heart of Minsk was founded by Fond of Ideas four years ago and now picked up by other actors.

Presentation on the motivation of civil servants was held by SYMPA/BIPART on 1 July. The study covers 300 people and shows that the motivation of central authorities, local officials and employees of state organisations differ. Among the most effective tools for motivating are career advancement, financial motivation, and increasing personal responsibility.

First official Vyshyvanka Day in Minsk. The first ever Vyshyvanka Day/Embroidery Day event was conducted on July 2 at the state level by the Culture Ministry of Belarus and a pro-governmental youth BRSM. The celebrations combined an art parade, exhibition fair, fashion show, knights' fights, etc. The government plans to make the festival Vyshyvanka Day a new tradition – in the run-up to the Belarus’ Independence Day.