Last week the Belarusian authorities initiated a criminal case against a prominent Belarusian musician for insulting Lukashenka. They also imposed fines on organizers of the People's Assembly and introduced controversial amendments to strengthen security services. The main civil society... 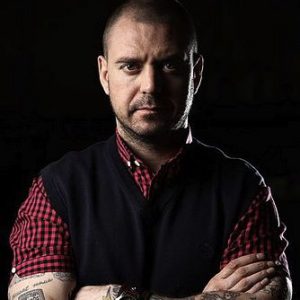 Last week the Belarusian authorities initiated a criminal case against a prominent Belarusian musician for insulting Lukashenka. They also imposed fines on organizers of the People's Assembly and introduced controversial amendments to strengthen security services. The main civil society developments included appeals against a Russian-built nuclear station in Belarus and Minsk Gay Pride-2011.

Criminal case initiated against Mikhalok. According to Belaruski Partyzan, a criminal case was opened against Syarhei Mikhalok, the leader of the iconic Belarusian music band Lyapis Trubetskoy. He is charged with insulting Lukashenka. The musician is famous for his audacious remarks criticizing the authorities. In one video interview he said that Lukashenka organized a cultural genocide against Belarusians and the best thing he deserved was a fair trial.

Last defendant in December 19 case was not sentenced to imprisonment. On 12 October, one more participant of a protest rally against the rigged presidential election has been convicted for "taking part in mass riots". Svyataslau Baranovich was sentenced to three years of restriction of freedom but without sending him to a penal facility. Human Rights Center Viasna considers the conviction of Svyatoslav Baranovich to be unlawful and politically motivated.

People’s Assembly. On 8 October, an opposition rally called "Narodny Skhod" (People’s Assembly) was held in Minsk. The event, which took place in the remote People's Friendship Park in Bangalore Square and was attended by a crowd estimated by reporters at 500 to 700, resulted in the adoption of a resolution containing a series of demands to be put forward to the government. Assemblies were also held in four regional centers – Vitebsk (300 participants), Mogilev (250 participants), Gomel (400 participants), Brest (250 participants) – and 11 other cities: Vileika, Slutsk, Polotsk, Novopolotsk, Bobruisk, Baranovichi, Slonim, etc. Organizers of People’s Assembly were detained across the country.

Fines for the People's Assembly. On 13 October, Victor Ivashkevich, a coordinator of People‘s Assembly, was fined Br1,4 million for “violation of the order of organizing and holding mass events”. For the same offence a number of other people were fined in Belarusian regions: Uladzimir Katsora and Uladzimir Niapomniashchykh in Homel (October 10, resp. Br350,000 and Br175,000); Valery Sliapukhinin Gomel (October 11, Br1,4 million); Viktar Myazyak in Baranavichy (October 11, Br350,000); Ales Masiuk in Slonim (October 12, Br175,000).

The leaders of Belarusian NGOs and human rights activists urge the authorities to repeal repressive laws. The joint statement was signed on 13 October. Among the signatories are "Human Rights Alliance", Belarusian Helsinki Committee, Rada of the Belarusian intelligentsia, Belarusian Association of Journalists, Belarusian PEN-Center, the Assembly of Democratic NGOs, the Center for Legal Transformation, initiative "For free exercise of religion", Belarusian Congress of Democratic Trade Unions, the Center "Viasna".

Environmentalists appeal against nuclear power plant. Belarusian and Russian environmental activists have expressed concern about a "contract agreement" on the construction of the first two units of a nuclear power plant in Belarus that was signed with Russia on 11 October. On 12 October, the appeal to Russia’s finance and foreign ministries, Russia`s Atomstroiexport (the prime contractor in the project), and the Directorate for the Construction of a Nuclear Power Plant was signed by more than 50 activists of various environmental groups, including Belarus’ Ecodom, the Belarusian Party of the Greens and the Movement of Scientists for Nuclear-free Belarus.

Aleh Manayeu held briefing for diplomats. On 12 October, Professor Manayeu told diplomats at the Embassy of Poland in Minsk about the results of the latest poll by the IISEPS. The conversation attracted about 25 diplomats from different countries and lasted two hours. The briefing was not held last Thursday, because Professor Manayeu was detained by police just before it was scheduled to start.

Gay Pride in Minsk. On 11 October, the opening ceremony of the Minsk Gay Pride-2011 was held in a Minsk club. Minsk Gay Pride, held from 11 to 23 October, is supported by human rights activists, political, social, and cultural figures. The Pride program includes the Congress of a human rights project "GayBelarus" as well as the demonstration in support of tolerance towards the LGBT community and the protection the rights of LGBT people in Belarus. The march is scheduled for 22 October.

BISS Conference Statement – In Search of Space. On 5-6 October, the Belarusian Institute for Strategic Studies was supposed to conduct its annual conference entitled Belarus in 2011: Out of Crisis and Uncertainty. The conference, co-organized by the EU Delegation and supported by a number of distinguished international organizations, has been postponed for November given the sudden cancelation of the premises reservation. The final decision will be made at the end of October by the BISS Board. 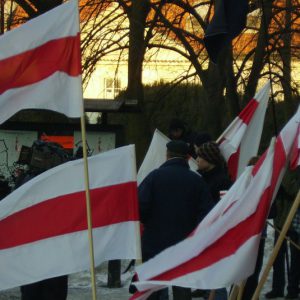 In this year of 80% inflation, the new laws in Belarus are penned almost as fast as the new rubles are printed. The latest three draft laws were (prudently) passed in a closed session of the parliament and appeared on the government website yesterday. The draft laws strengthen the KGB, outlaw protests, and prohibit foreign funding of civil society and political organizations.

Because the police and the KGB already effectively enjoy unlimited powers, the draft law simply endorses their long-standing practice of breaking into homes and organizations, sending the message to those who are still bold and incredulous. The draft prohibiting protests is also nothing more than a reminder that dissent is dangerous, even though the consequences of public protests, whatever their nature and legal justification, are already well known to most Belarusians.

It is the draft legislation that prohibits foreign assistance to political and civil-society groups and bars them from holding money in foreign banks that is likely to have the gravest repercussions of the three.

The blow to civil society comes in the midst of a global economic crisis, when the foreign aid inflows are contracting, and when Belarus itself is in a deep crisis, which undercuts the opportunities to secure resources domestically.

Ironically, this is the time when NGO services are all the more needed by the people who are plunging into poverty. Instead of enlisting civil society organizations to help solve the proliferating social and economic issues thus reducing the population’s discontent, the government has clamped down on the public sector, aggravating the situation.

Depending on future economic developments, it may be shooting itself in the foot by removing all the brakes on social dissatisfaction. Of course, given the weakness of the NGO community and the focus of Western-funded NGOs on political and human rights issues rather than social services, this effect may be marginal.

Most likely, the laws will have the intended effect and further weaken civil society in Belarus. For the NGOs that have so far survived, it may deliver the final blow. Unfortunately, Belarusian civil society and political opposition are highly dependent on foreign donors. Even though the aid proved too small to bring change to Belarus, it was enough to irritate the government.

After the donor nations pledged 87 million euros ($120 million) to Belarusian NGOs and opposition groups in February and after the European Commission promised in March to increase its funding to Belarusian civil society from the €4 million to €15.6 million in 2011-2013, the Belarusian government decided to act.

Of course, NGOs' dependence on foreign aid creates its own problems, but in the Belarusian case, it is a lesser of the two evils. The Belarusian NGOs have few other options in their struggle for survival. Few can secure domestic sources of funding  because the domestic charity culture is nonexistent and the channels to entrepreneurship are obstructed by the government.

The draft falls neatly within many other documents aimed at undermining civil society in Belarus. In 2004, the law on mandatory registration allowed the government to crack down on the most threatening NGOs selectively, spurring waves of arrests and fines of civic activists. In 2008, when Presidential Edict No. 533 abolished the NGO privilege of lower rents, this raised rents on property tenfold for some organizations that were now treated like commercial entities.

On Thursday, leaders of several Belarusian NGOs asked the government to withdraw the draft laws. The EU expressed concern. However, these voices are unlikely to be heeded and only prove that the laws will have the intended effect: after all, it is the NGOs and the EU funds that the Belarusian government targets. Minsk does not budge on far smaller issues: the international outrage and the embarrassment of the Polish and Lithuanian governments following the arrest of human rights activist Ales Byalatski did not mitigate his harsh punishment.

Crack down on civil society, ramp up the powers of the police, and outlaw dissent — these steps have always come before economic reforms on the agenda of the Belarusian government.