Over the recent months the rate of economic growth in Belarus has been gradually declining. For eleven months the GDP grew only by 0.9%. A decline in industrial production had a detrimental effect on economic growth. Despite the decrease in... 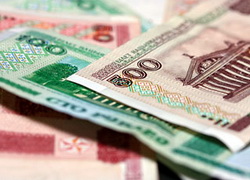 Over the recent months the rate of economic growth in Belarus has been gradually declining. For eleven months the GDP grew only by 0.9%. A decline in industrial production had a detrimental effect on economic growth. Despite the decrease in production volumes, the level of finished goods in warehouses of enterprises remained high. Increases in retail turnover stimulated GDP growth.

Despite the slowdown in inflation in 2013 in comparison to the previous year, the increase in consumer prices for the year will exceed established predicted values. In connection with the accelerated rate of inflation in the second half of 2013, as well as to maintain a stable situation on the currency market and the banking sector, the National Bank decided to keep the refinancing rate unchanged till the end of 2013.

In November-December 2013 the situation on the foreign exchange market remained relatively stable. Nevertheless, the demand for foreign currency by the population remained elevated at the end of November.

At the end of the year it became obvious that inflation rates would go beyond their originally predicted values. In November alone, consumer prices rose by 1.6%. On an annual basis, growth in real prices reached 13.8% (with predicted values being set at 12%). In January-November 2013, the service sector saw the largest price increase , partly because of the rising cost of services that are regulated by the state.

The accelerating growth of prices in the second half of 2013 contributed to the fact that the refinancing rate remained unchanged throughout the second half of 2013. The last time the National Bank lowered the rate to 23.5% was in June. Apart from inflation, this change is an indicator that shows changes in the both the foreign trade sector and the foreign exchange market.

A decrease in the rate of refinancing signals the banks of the possibility of a decrease in interest rates on ruble deposits and loans. Such dynamics along with the low level of public confidence in the Belarusian ruble, accelerating inflation and increasing fluctuations of the Belarusian ruble against foreign currencies, may provoke an outflow of ruble deposits by the population from the banks.

Moreover, these changes may serve as an additional stimulus for demand for foreign currencies by the population. In view of these risks, the National Bank decided to keep its current refinancing rate until the end of the year.

The situation on the currency market

In recent months the dynamics of the Belarusian ruble was influenced by such factors as the acceleration of inflation, deterioration in foreign trade and the continued increase in demand by the population for foreign currency.

First of all, the wages increase in 2013 contributed to the growth of retail turnover including increased sales of imported goods. In addition, the low level of public confidence in the Belarusian ruble stimulated citizens to choose the U.S. dollar and Euro as their currency of choice for savings.

In contrast to the increased demand for foreign currency by the population, foreign currency supply exceeded the demand on the foreign exchange market of business entities. Companies and organisations for eleven months in 2013 had sales amounting to $435.2m. At the same time value of this indicator is lower than the results of the previous year.   Deterioration of foreign trade explains decrease in the supply of foreign currency.

According to the preliminary information, the negative balance of goods and services in January-October 2013 was $712m, while in the same period of 2013 positive balance was equal to $3.7bn. Such factors as increased demand for consumer goods in the domestic market by the population, exports cessation of solvents and diluents, and the deterioration in the external markets had a negative impact on trade balance. Among positive factors, we can note an increase in net exports of consumer goods due to increasing food exports.

Stocks of finished goods in warehouses continued to increase

Difficulties in the sale of goods, primarily in foreign markets, contributed to an increase in the stocks of finished goods in the warehouses of enterprises. In April 2013, the level of stocks in relation to the volume of production exceeded 80%. In the third quarter enterprises managed to slightly slow the growth of their stocks, but in October their growth resumed again. By 1 December, the level of stocks of finished goods for their monthly industrial output was 74.3%.

The increase in stocks of finished goods occurs against a backdrop of a decline in industrial production. A reduction in the production from petroleum and chemical industries provided the main influence on the dynamics of this indicator in 2013.

Textile and metallurgical production, as well as machinery, equipment and vehicles production reduced their output volumes. However, such industries as woodworking, electrical equipment manufacturing and food production demonstrated output growth. 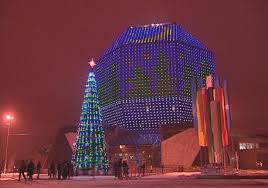 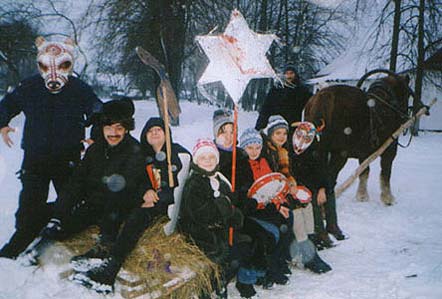 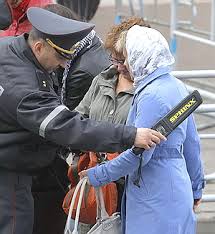