2020 Belarusian Studies in the 21st Century conference – call for papers

30 September 2019
UCL School of Slavonic and East European Studies and the Ostrogorski Centre invite proposals from established academics and doctoral researchers for individual papers and panels discussing various aspects of contemporary Belarusian studies. The conference will take place on 21–22 February... 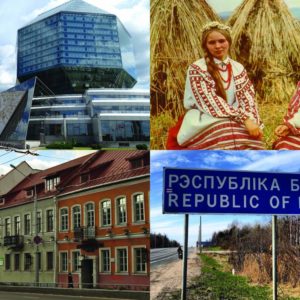 The conference will take place on 21–22 February 2020 at the School of Slavonic and East European Studies (SSEES) in London. The Annual London Lecture on Belarusian Studies will follow the main conference panels.

The Annual Lecture titled ‘Litva and Other Lessons of Belarusian History‘ will be delivered by Professor Norman Davies CMG FBA FRHistS, professor emeritus at University College London, a visiting professor at the Collège d’Europe, and an honorary fellow at St Antony’s College, Oxford.

The organisers are interested in papers that discuss history, political science, political economy, literature, sociology and religious studies. Interdisciplinary studies and panel proposals are particularly encouraged. Selected papers will be peer-reviewed and published in the Journal of Belarusian Studies in 2020.

To submit a paper or panel proposal please complete the online form linked here no later than 15 November 2019. The working language of the conference is English. Applicants will be notified about selection by 25 November 2019.

For any questions relating to the conference, please email belauk2020@gmail.com.

Schengen visa costs to rise in absence of EU agreement 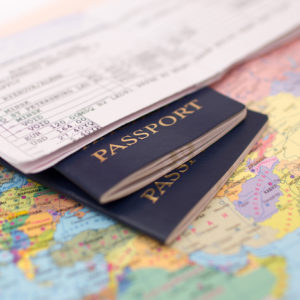 On 22 July Andrea Victorin, head of the EU delegation to Belarus, claimed that Belarus and the EU will sign an agreement on visa regime simplification by 2 February 2020. From February 2020 the cost of a Schengen visa for Belarusians could increase from €60 to €80. However, if the EU and Belarus manage to sign a visa-facilitation agreement before the 2 February 2020, the price could drop to as low as €35.

After many years of visa talks, the potential decrease in the visa costs is the first tangible negotiating success that might increase Lukashenka’s support ahead of the 2020 presidential election. However, the dream of a visa-free regime as the next step of EU-Belarus relations is unlikely to happen. Human rights problems and pressure from Russia remain the main obstacles impeding closer cooperation between Belarus and the EU. 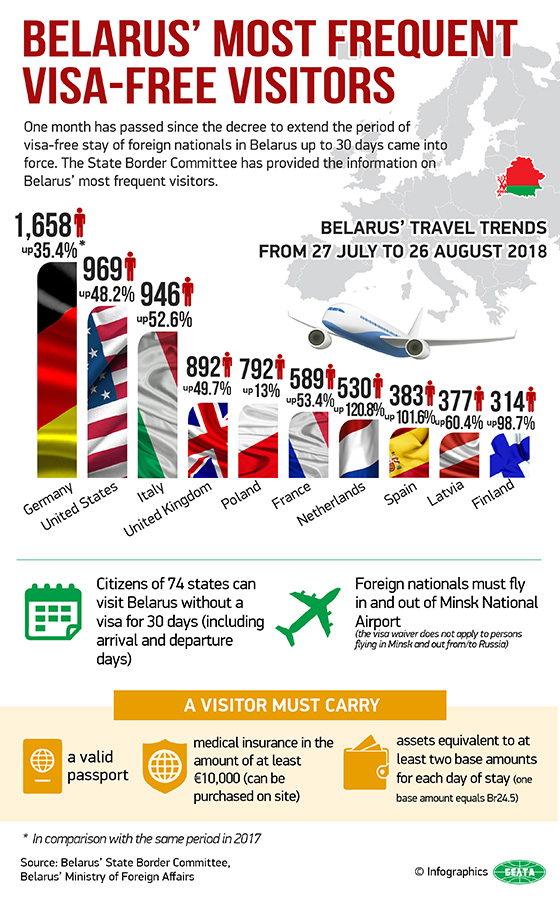 Who visits Belarus with visa-free regime, infographics. Source: belta.by PLESE ADD A DATE OR A YEAR

In 2018 Belarus introduced visa-free entry for 74 countries in the world, allowing citizens of these countries to stay visa-free in Belarus up to 30 days provided they arrive to Minsk’s airport. This has resulted in positive changes in the quality of Belarusian services in the main cities (for example: restaurants, entertainment for tourists, English-speaking personnel) and economic benefits for the country. For instance, six new hotels and 28 cafes appeared in the city of Hrodna during the first visa-free year, according to DW.

Although the complicated procedure of visa-free entry caused difficulties for some foreigners, the number of tourists to Belarus has gradually increased. In line with visa-free entry to Belarus, the Ministry of Foreign Affairs (MFA) negotiated a better price on Schengen visas for Belarusians.

Belarusians remain among very few Europeans who still need a visa to enter the Schengen area. The Schengen is a border-free area comprising 26 European countries where citizens of member countries can move freely within the zone. The application process for getting a Schengen visa currently costs €60.

In 2018 authorities in Brussels amended a decision under which the cost of Schengen visa applications for third-nationals would increase from €60 to €80 in February 2020. Despite this, some signals suggest that the situation is about to change for the better and that the price could drop to €35.

Negotiations between Belarus and the EU on visa regime simplification have concluded for the time being, but it is still too early to say whether the agreement will be reached. Speaking about this issue after their final meeting during the 10th anniversary of the EU’s Eastern Partnership Initiative (EaP) on 14 May, both parties could only state that they expected an agreement to be reached soon.

Although the Belarusian MFA has been actively working on reaching the visa facilitation agreement, the EU and Belarus could have signed an agreement long ago. Among other reasons, Lithuania’s strong position on the Belarusian power plant on the border with Lithuania may have played a role.

In May 2019, Belarus’s minister of foreign affairs, Uladzimir Makei, blamed Lithuania for blocking the negotiations on a visa facilitation agreement. In his words:

“We want to move more in the direction of the EU in some matters. But we are not allowed to do it due to the circumstances related to the position of one country. One country makes the whole European Union a hostage”

However, according to Andrea Victorin, Belarus and the EU will sign an agreement on visa regime simplification (a visa facilitation agreement) before 2 February 2020, most likely in November this year. In the event that the EU and Belarus fail to reach an agreement by the end of the year, the cost of Schengen visa applications for residents of Belarus will significantly increase. Victorin told BelTA:

“Yes, we will sign an agreement on visa facilitation. I cannot name a specific date, but in fact, all the documents have already been prepared, and both parties go through the necessary legal procedures.”

The Schengen zone remains an extremely popular destination for Belarusians. According to the latest statistics provided by SchengenVisaInfo.com, during 2018 Schengen embassies in Belarus collected a total of 681,106 visa applications. In financial terms, this meant that Belarusians spent more than 40 million euros on Schengen visas last year (this does not include Belarusians who received a Schengen visa for free).

Poland remains the leader on issuing visas for Belarusians. For example, the three consulates of Poland in Belarus collected 278,214 visa applications in total. In turn, 277,578 applicants had been granted a uniform visa.

Belarusians also receive the fewest denials for Sсhengen visas among the CIS countries. Of the total visa applications being submitted during 2018, 676,984 applicants had been issued a uniform visa with more than 83% of them being Multiple Entry Visas, only 0.3% of which were denied.

Table 1. Visa applications in Belarus during 2018, data from Schengenvisainfo

Schengen visa statistics for Belarusians in 2018 from Schengenvisainfo.com

Far away from the visa-free regime 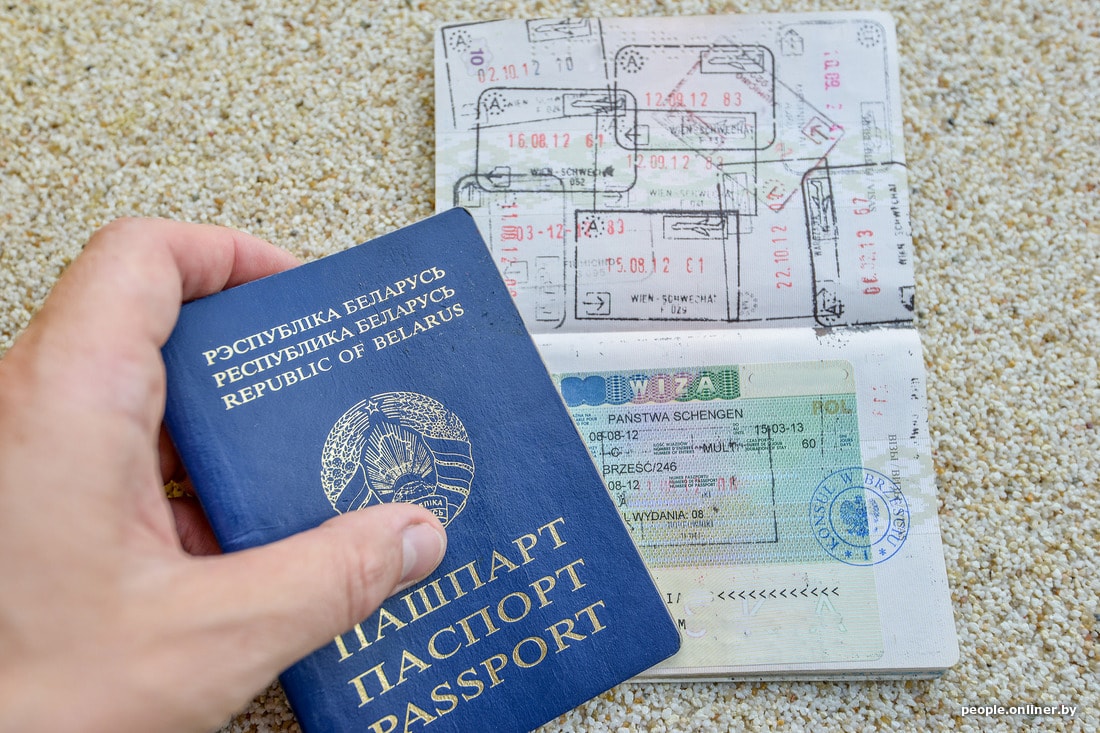 Considering that Belarusians travel the most frequently to the Schengen zone and receive the least visa denials, the probability of increasing the price to €80 would dissatisfy many Belarusians. However, it is unlikely that fewer Belarusians will travel to Schengen countries.

This especially applies to the border regions of Hrodna and Brest. In these areas travel to Poland’s Bialystok or Lithuania’s Druskininkai for entertainment and shopping has already become a habit for many. Ukraine, Moldova, and Georgia already have a visa-free regime, in Russia, Armenia and Azerbaijan citizens pay €35 euro as an application fee.

In case visa costs will decrease to €35, the visa-free regime will still remain unrealistic due to the human rights situation in the country and proximity to Russia.

For closer integration with the EU (including the visa-free regime), Belarus lacks democratic attributes. The Belarusian authorities continue to arrest independent journalists, put pressure bloggers and environmental activists who protested against the dangerous factories in Svetlahorsk and Brest. As long as human rights violations and election fraud in the country continue, the EU is unlikely to discuss an overall visa-free regime.

The founder of the Belarusian news portal TUT. by, Yuri Zisser, commented on the negotiations on visa-free Belarus and the EU:

“But why do Belarusians have to be punished for the authoritarianism of our government? What makes Belarusians worse for Europe than Ukrainians or Georgians? If the EU is striving to make Belarus more democratic, not in words but in deeds, it would have opened a visa-free entry for us long ago, so that Belarusians can see themselves what democracy should look like<…>.”

The resignation of the Russian ambassador to Belarus Mikhail Babich on the 30 April and ensuing discussions on cooperation within the Union State with Russia can both restrain Belarus from facilitating the discussion on a visa-free regime. Lukashenka has to maintain a sufficient level of loyalty to Putin in return for economic benefits and the country’s sovereignty. Despite recent pro-independent statements made by Belarusian officials and Freedom day celebrations, Lukashenka would unlikely accept the EU’s conditions for closer cooperation.

Despite the democratic improvements that Belarus would have to make to reach agreement on a visa-free regime, many believe that the Belarusian government might be afraid of possible emigration. In this situation, the active work of MFA to decrease visa costs to €35 looks like an attempt to win-over Belarusians, especially on the eve of the presidential election in 2020, while the visa-free project remains unnoticed.

Alesia Rudnik is an analyst at the Ostrogorski Centre

Granit Sadiku is the Chief Editor at SchengenVisaInfo.com. He holds a Masters Degree in International Relations and has a rich experience in journalism. Granit’s major focus is Schengen visa policies applied to non-Schengen members.